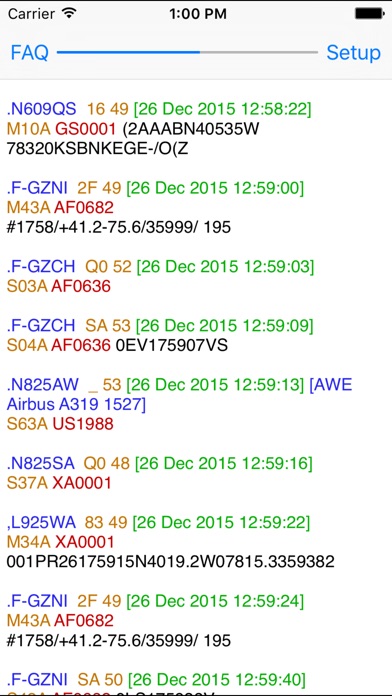 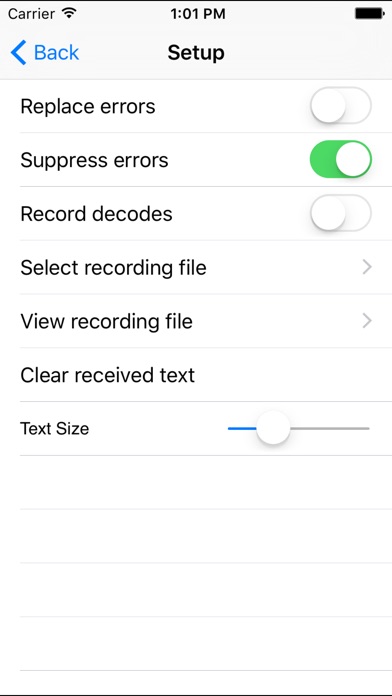 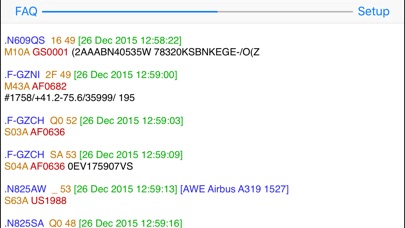 A radio/scanner capable of tuning the 118-136 MHz aircraft band is required. Just set it next to the radio's speaker, tune in an ACARS frequency, and watch the decodes. Or, for even better reception, use a pair of earbuds, plugged into the radio’s headphone jack, rather than the internal speaker.

You can save decoded ACARS packets to a file to view later, or transfer to your computer via iTunes.

Aircraft model information for many planes in a built in database is displayed along with the decoded packets. You can also add your own plane information to the database.

Packet fields are color coded on iOS 6 and later.