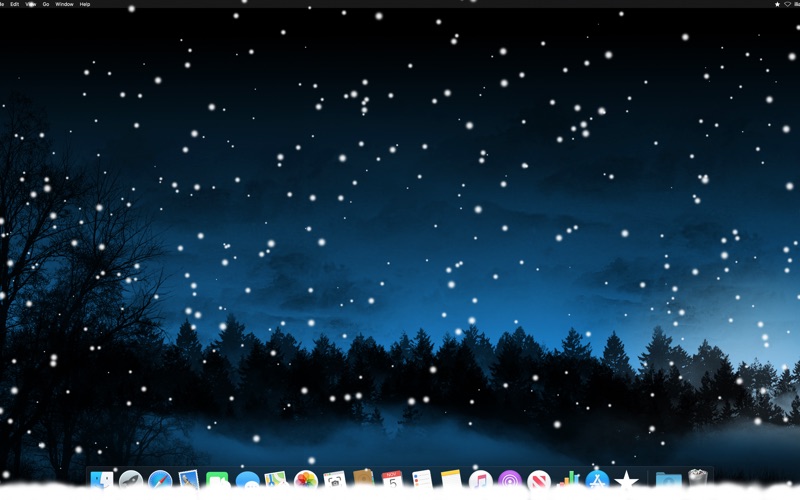 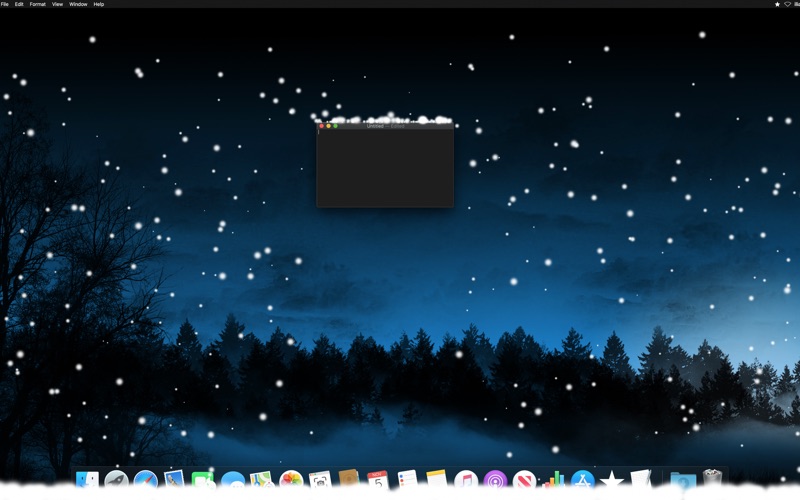 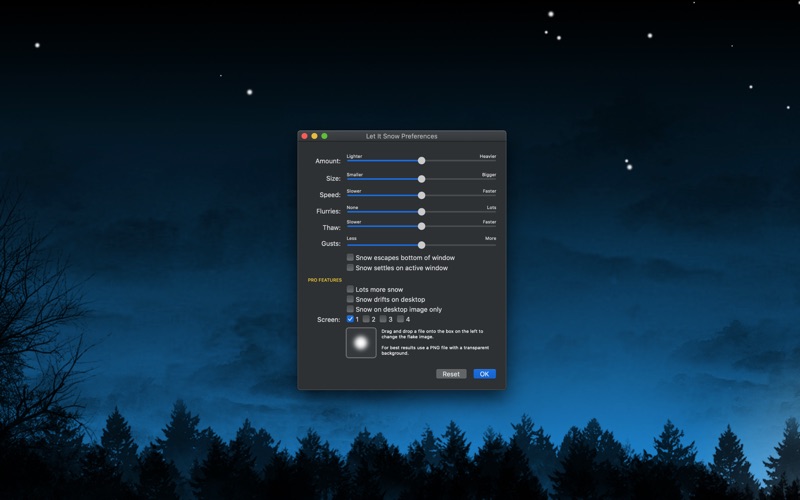 Bring a Winter Wonderland to your desktop with Let It Snow's realistic snow fall and get into that festive holiday feeling as snow covers your dock and settles on the currently active window whilst you work.

A number of preferences let you control how the snow falls:

The app lives in the system bar, a star icon near to the volume control in the top-right of the desktop. Clicking on the star gives you access to the preferences.

Let it Snow brings a little bit of winter magic to your Mac!