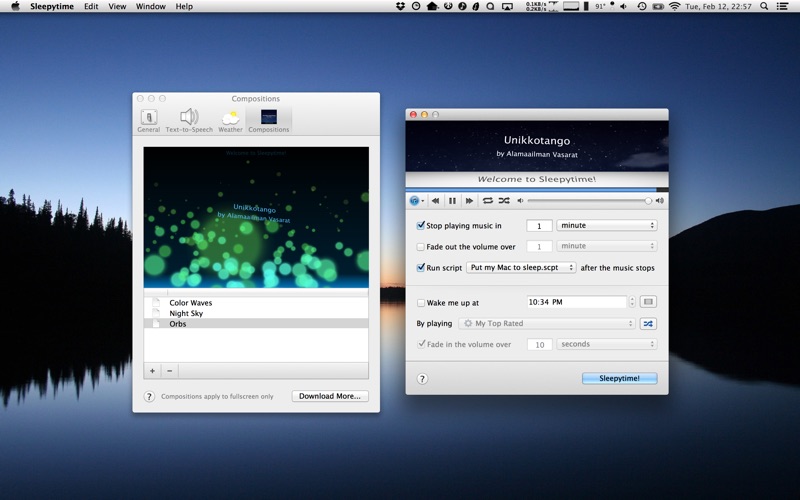 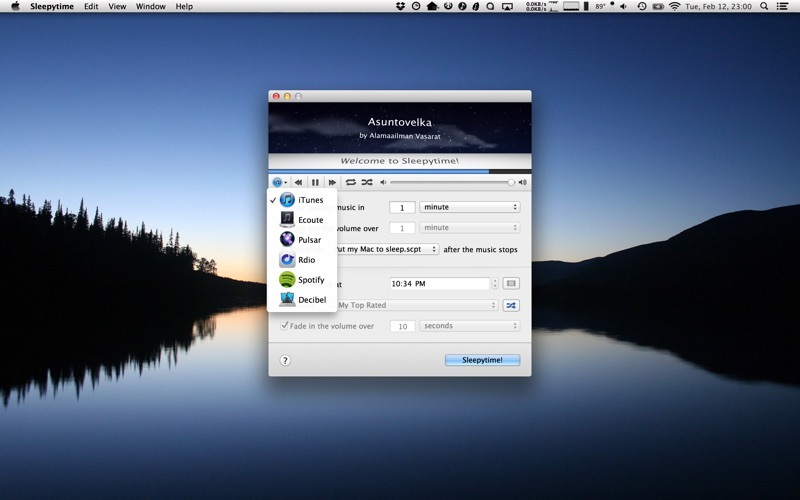 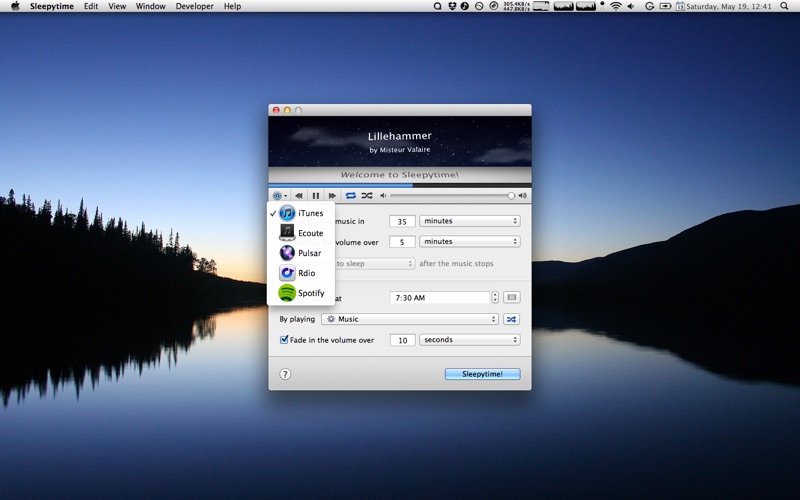 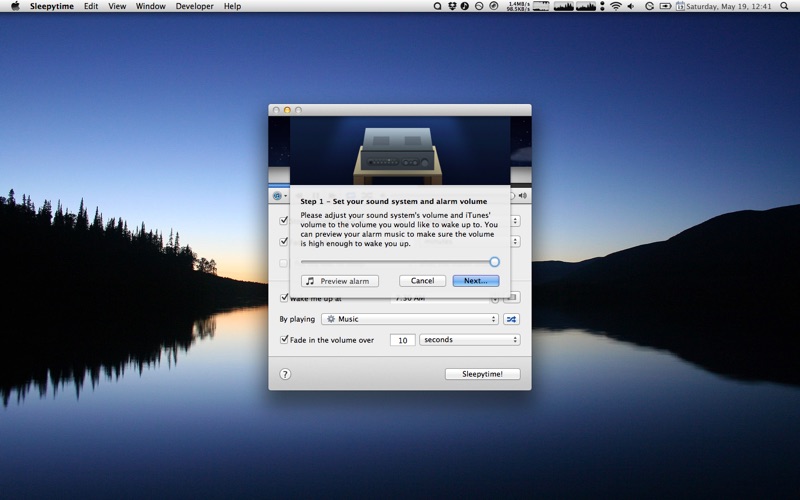 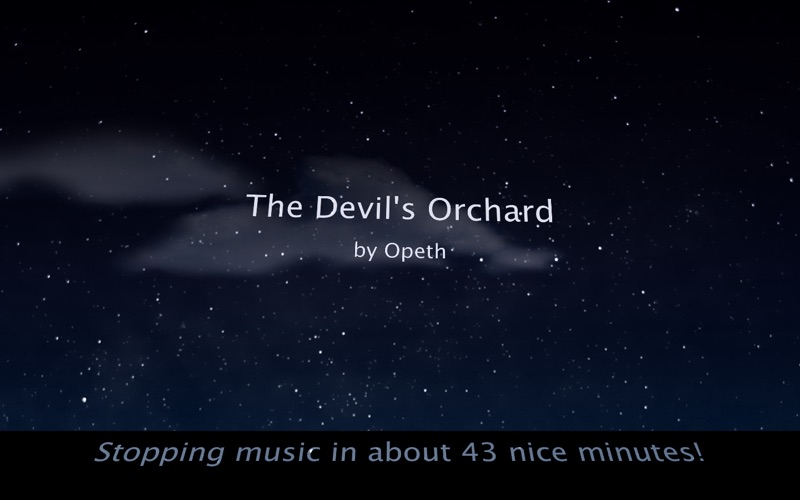 • Support for Multiple Music Players : Sleepytime 2 introduces support for players other than iTunes. Sleepytime can now control iTunes, Spotify, Rdio, Ecoute and Pulsar. Your favourite player is not supported? Send me a feature request.

• Sleep Timer : Sleepytime can stop your music after the duration you choose. Have the music fade out over time so it doesn't stop abruptly and wake you up.

• Alarm Clock : Wake up to your music the next morning! Sleepytime guides you through a few simple steps to make sure the volume is just right when you go to sleep and when you wake up. The app can fade in the volume so that you wake up smoothly and refreshed.

• Computer Actions and Scripts : Have your computer shut down, restart, go to sleep or have Sleepytime log you out of your user account when the music stops playing. Or have it run any script or Automator workflow if you're using Mountain Lion.

• Text-to-Speech : Sleepytime 2 introduces text-to-speech support using any of Mac OS X's built-in voices, including the high quality voices introduced in Mac OS X Lion. Have Sleepytime tell you the time and/or a word or sentence of your choosing when you snooze the alarm.

• Player Controls : New in Sleepytime 2 is a player control bar. This bar, located just below the animated display, enables you to quickly skip tunes, toggle repeat and shuffle, change the volume and more for the active player without requiring you to bring up the player in question.

• Works With Your Apple Remote : Snooze the alarm by pausing iTunes with your Apple Remote or by any other means you're used to. No need to unlock your computer! Note though that Apple Remote snooze support is limited for players other than iTunes.

• Fullscreen : Go to sleep watching a nice and calm animated night sky, or any of the nice built-in fullscreen compositions. The song, artist and remaining time are also displayed in fullscreen mode.

• Backup Alarm : Make sure you always wake up on time even if your favorite player doesn't start playing. Very useful if, for example, you're using Rdio and your Internet connection is down when the time comes to wake up.

A note on the alarm feature: Sleepytime unfortunately cannot start or wake up your computer from sleep. This feature can't be added to the app right now due to technical limitations.

Macworld (May 2011) : "For people who like to go to sleep or wake up to music, Sleepytime is a great little app. […] Sleepytime is a nice, simple app that does its one little thing very well."

MacLife Magazine (Dec. 2010) : "Sleepytime is more than a slumber-inducing tea--it’s also the name of a helpful sleep timer for iTunes. […] It’s perfect for nighttime listening."