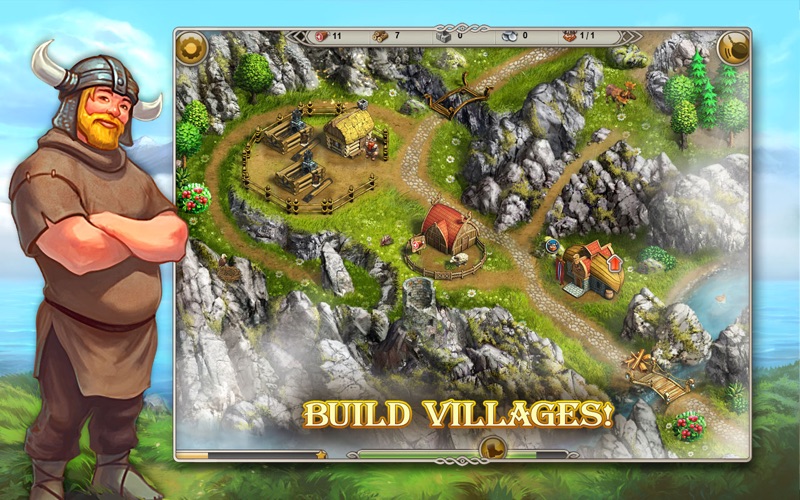 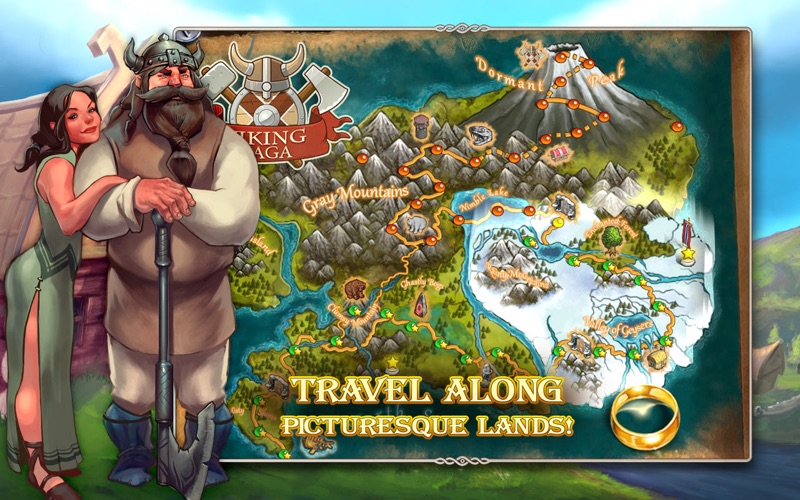 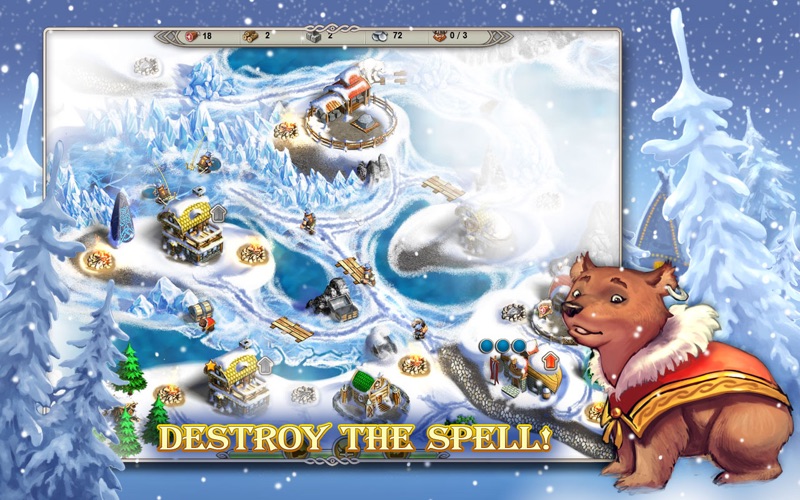 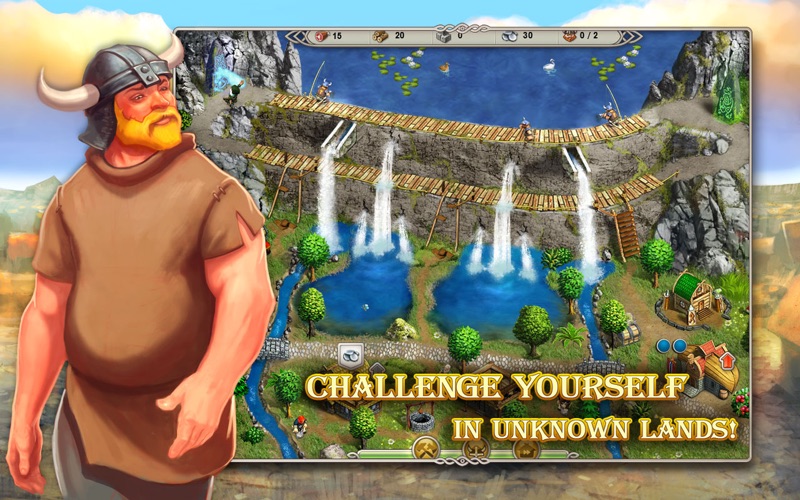 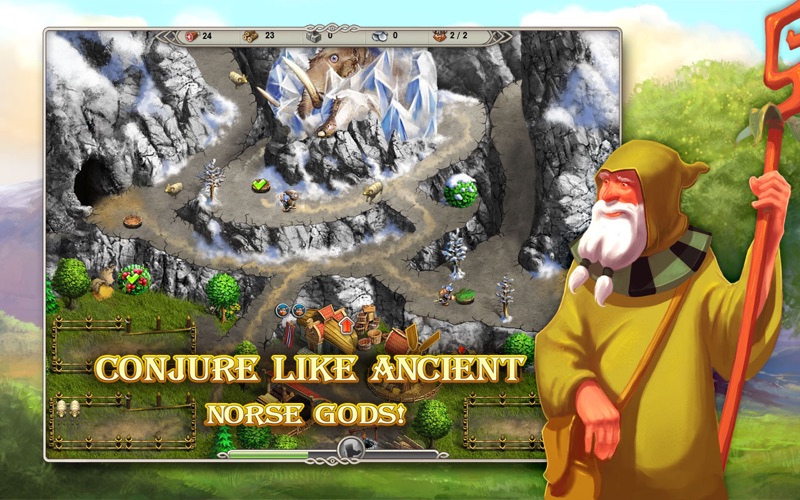 Exciting adventures of young Ingolf await you! New story filled with magic, treachery and brave feats. Are you ready?
The story of the game starts in the kingdom of old Viking king Arnar. Turns out, he was cursed by a vicious dwarf. Not just a dwarf, but Loki (the Scandinavian god of mischief) himself. The reason was simple – a precious ring. Arnar found it and refused to sell it. Many years later, the curse got through to him. This is where the action begins. Arnar gives his younger son a mission to find a dwarf and return the ring.
The Vikings sailed to the setting sun for many days, until the storm scattered their drakkar on the shores of some island. They were lucky, it was the island they were looking for. Travel with Ingolf along the picturesque lands, help the locals solve their problems, make friends with a wise Druid and, most importantly, find Loki to deliver the Viking king from the curse of the ring!