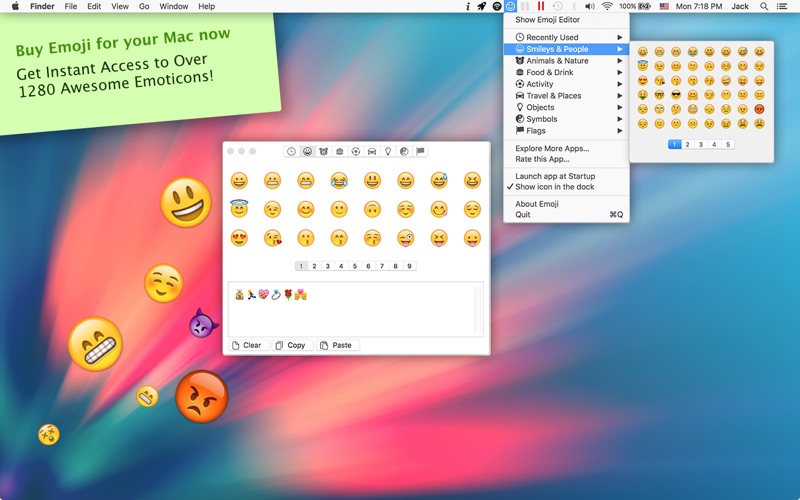 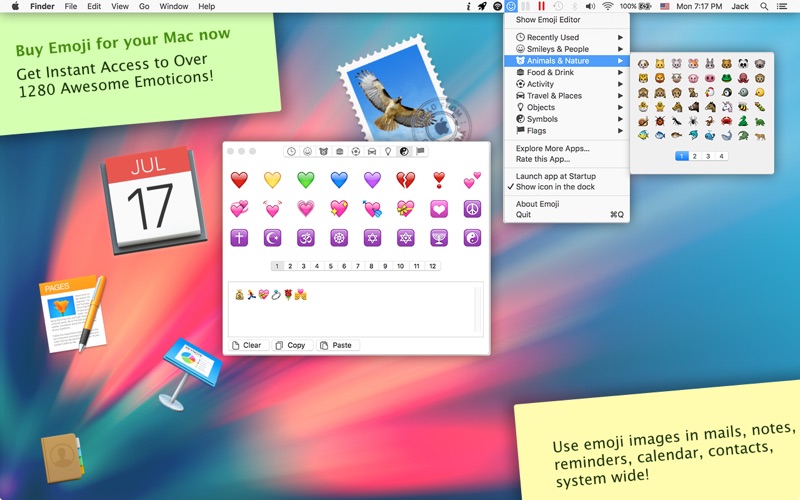 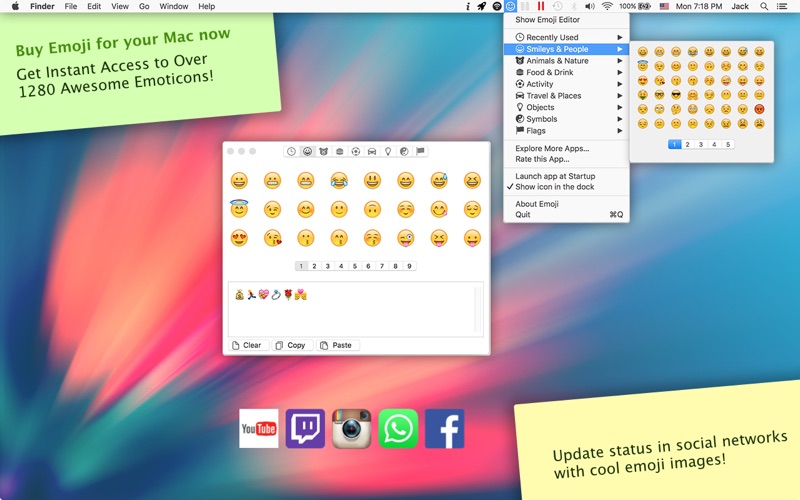 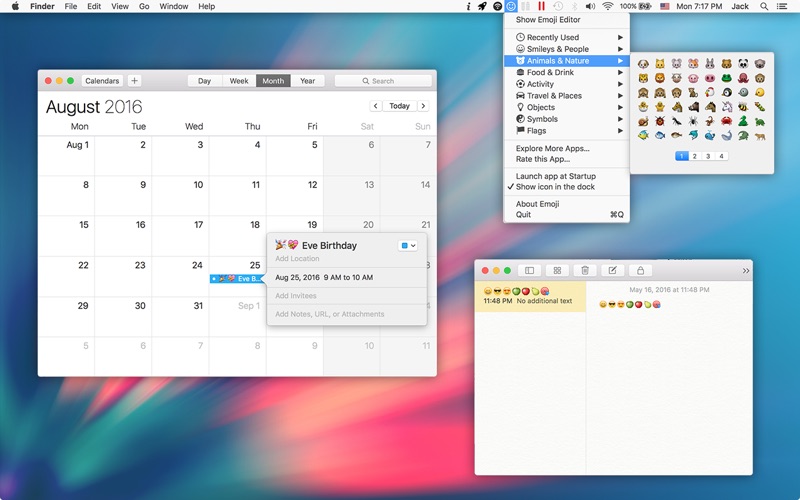 Video tutorial about how to use Emoji app
http://bit.ly/EmojiVideo

Have you ever seen people using funny Emoji images in short text messages, emails, Facebook, Twitter and other iPhone/iPad applications? Yes! Millions of people are already using them on they iOS devices!

Now you too can express yourself in creative and fun ways with Emoji on your Mac!
Install this app and instantly get access to over 460 awesome emoticons!

Stop sending boring messages with plain text alone! Add emoticons to your mails, tweets, messages to express yourself in new and creative ways!

Use the emoji images system wide in all applications you've installed!

Compatible with all Macs with OS X 10.8 and up.